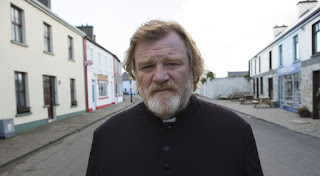 Father James joined the priesthood after the loss of his wife. He is a good man who has done no wrong since joining the clergy. As a result of his blameless life, a man confesses that he is going to kill Father James in one week as a sacrifice for the priest who molested him as a child.

Review: To Catch a Thief 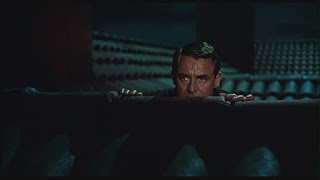 John Robie is a former jewel thief turned war hero living a quiet life on the French Riviera. After a string of jewel heists begins to plague the area, he enlists the help of an insurance agent from London to clear his name and catch the real cat burglar. 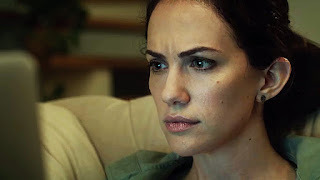 Maddie, fresh off the success of her first published mystery novel, has moved to the country in order to work through a break-up and on her follow-up novel. Things begin to fall apart rather quickly when she begins to get terrorized by a psychopath looking for his next victim.

The Before and After Show Episode 58: Before Captain America: Civil War

This week, Corey and MJ are joined by fellow Reel Perspective writer Michael Morea to discuss their expectations for CAPTAIN AMERICA: CIVIL WAR. They also talk about what they've been watching this week, whether video games can be art, and Corey and MJ bring another episode of The Before and After Show Film School all about one of the greats of silent cinema, Buster Keaton! 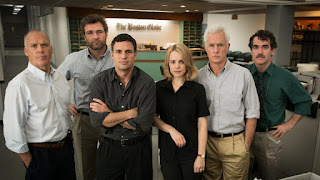 In 2001, The Boston Globe’s Spotlight team is tasked with investigating claims of child molestation and cover-ups by the city’s archdiocese.

Spotlight could have been a very easy, very manipulative movie to make. There is an intrinsic heaviness within the film’s premise and any screenwriter could have exploited that aspect likely to much of the same critical and audience success it has seen since before its Best Picture Oscar win. On the same token it would have also been easy for a screenwriter with a chip on their shoulder about the Catholic Church to write an angry, searing indictment of organized religion and their nefarious institutions. Smartly (and thankfully), screenwriters Tom McCarthy and Josh Singer took the road less traveled and penned a dense and elegant story about the power of the written word.